So I’ve been debating on where I should really start with you guys.  Do I start with the past to let you know why I am where I am?  Or start with now and let the past speak for itself?  Answer: I still don’t know.  So I’ve decided to do a little of both. I want all of you to know the real me.  And I am who I am because of things that happened then AND now.

Let’s start in the REAL beginning.  My late husband, Curtis, and I started dating in July of 2007. 7/07/07 to be exact.  I had known him for years.  He and his family was friends with my family.  Plus, small town = Er’ one knows er’ one.  Any who, I always crushed on him.  Super good looking guy, if I may say so myself.

Fast foward… Curt and I got married on July 16, 2011.  Ya’ll our wedding was off the chain! Black and Lime Green.  Huge wedding party.  Left the wedding in a helicopter a block away from the town square and flew for about 25 minutes while the guests drove to the reception.  Landed at the reception, where we had a Mardi Gras theme.  (He was born in Louisiana.)  Awesome memories!

Fast foward… the following February (2012) we found out we were going to be parents!  on May 7, Curt’s birthday, our Baby Parker had an official gender.  BOY was Curt happy! (See what I did there? :)… Maddox was due on my birthday, Oct. 13, but he (and I) was so big we scheduled a c-section for Oct. 5, my great grandfather’s (Leamon Halcomb) birthday.  He was a whopping 9 lbs. 8 oz.  People say having a baby is like giving birth to a watermelon…legit statement.  Anyways, I loved my big boy, and Curt was so good with him! 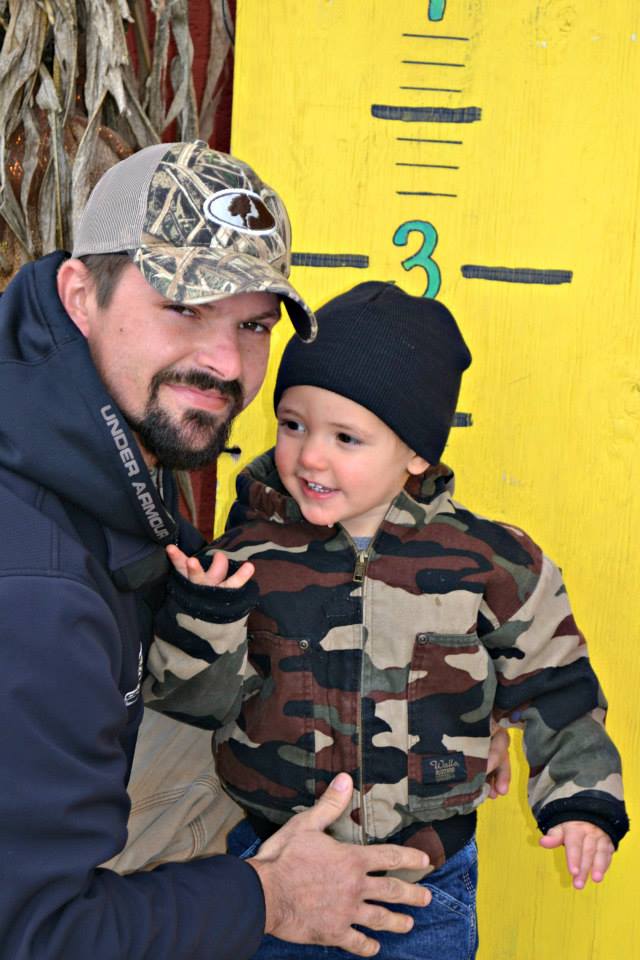 Life was all good and well for the next year and a half…  to be continued.

Yeah, I totally left you hangin.  I know.  But trust me, it was a good stopping point.  So, I just wanted to share with ya’ll something TOTALLY random I am super excited about.  First, if you read the “About me” page, you know I’m an oiler.  I am a distributor for Young Living Essential Oils.  Now, before you roll your eyes, I am not the type who believes (yet) that oils are the cure-all like some people.  In fact, I used to think they were a joke.  A placebo, really.  But you’ll get that story soon.  So anyways, I love them now, mostly to diffuse for a fresh smelling house.  (I am slightly obsessed with having my house smellin’ good.  I spent WAY too much on air fresheners, and oils are so much cheaper and less toxic!)  But ya’ll.  I have found the ultimate diffusing blend.  It’s called MOJITO. And my house smells like a tropical paradise.  If you aren’t using oils, you are missing out.  PLUS, there is a million other uses!  (Disclaimer: I have no intention on “selling” oils to you every post.  Promise.  In fact, I probably won’t mention them very often.  I know those people.  Those people get on my nerves.)  But this new blend smells sooooo good, and I just had to share!!!

Ok, so I want some help from you guys.  I need your comments on something!   So… I have started a new bedtime routine with Maddox.  I am trying to get him to say his prayers.  How do you teach a 4 yr. old to say his prayers?  He hasn’t been in church much. (Yes, I know.  Shame on me.  Excuses to come in future posts.)  I am totally wingin’ it with him.  “Dear Jesus…List things/people we love and are thankful for…help people who are sick…Amen.”  What do you do for your kids.  Note: I HATE recited prayers.  If that’s what you do, I am so glad it works for you.  I just want it to be more personal.  Thoughts?